I feel the panic slowly growing inside me: what will the kids wear to school tomorrow? Despite my initial shock over the prices of uniforms to be worn at school in Australia, I have deeply appreciated the concept of uniforms as such. Separate dress codes for summer and winter and clear rules, such as long hair tied together and “no hat – no play”, made life in the mornings easy. I now dread the murderous discussions on my “19th century ideas” on clothing versus what is cool. 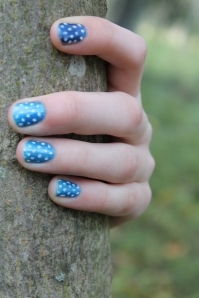 Although uniforms made life easy I did think it was a bit of an overkill when our son forgot his sun protection hat and was not allowed on the yard on a cold and cloudy Melbourne day because of the no hat-no play rule. Or when Fanni was threatened with detention for wearing white socks with flowers rather than just white socks. But the bottom line is that everyone knew the rules, children and adults alike, end of story.

And it’s not only me as a parent who thought uniforms were a blessing. Our youngest said it was great because it showed everyone which school you went to. Our younger daughter in grade five said it was great because the uniforms were made for wear and tear and you could climb and do sports in them. Also, she said it felt safe that it would be hard for anyone to just walk away with a kid wearing a uniform from the school grounds.

The most interesting is that our teenage daughter, with her age-appropriate focus on looks and fashion, also felt it was a relief not to have to make those difficult decisions about outfit every single morning. For, as one of the girls I saw at a child psychiatry unit in Sweden put it: “School is like a bloody catwalk! Everyone constantly judges you.” Fanni says the girls at school could still express their individuality in how they wore their uniforms.

I think rules of appearance in schools are good. I don’t necessarily mean uniforms, but some sort of dress- as well as behavioural codes. They help keep the focus on what’s important. Or have we lost sight of what is important? Wasn’t it something to do with ensuring future possibilities?

One of the greatest problems of the Swedish schools today is their inability to prepare young people for the needs of the labour market. The so-called Beveridge curve shows that despite an increase in job availability, levels of unemployment have stayed the same in Sweden. Young people are either under-qualified for the jobs, lacking a high school degree altogether, or over-qualified after university degrees in subjects no one cares to value. The resulting unemployment has negative effects on the health of young Swedes.

So what can schools do to qualify people for jobs? Clearly, reading comprehension, using mathematical and logical thinking, and knowledge about democracy, nature, and the body are essential to be able to participate in society and the labour market. But I also think some basic rules of conduct should be taught.

As an employer, I have to say that coming on time, delivering work on deadline, clean and proper appearance, and polite behaviour are a minimum to get and keep a job. I don’t want my employees wearing a one-piece at work or fidgeting with their mobiles at meetings. At the café I expect the personnel to be polite and it would be great if the guy at the retail shop could use more normal words than “like” when explaining a product’s utility.

Call me traditional. Call me snobby. Call me ignorant of class. Or call me a presumptive employee and educate the kids at school so I can give them summer jobs. So they can build their CVs. So they can get other jobs and build their future. So we can be a society where we all contribute so we can afford paying for those who can’t. The way we are playing it now is missing opportunities for contribution.

The children and I have now decided to designate a set of clothes as “school clothes”. Rules include no tank tops, bare stomach, exposed underpants, or one-piece for school, only discrete make-up, and hair combed. I now have high hopes for Monday morning. Maybe we can discuss something of actual importance?